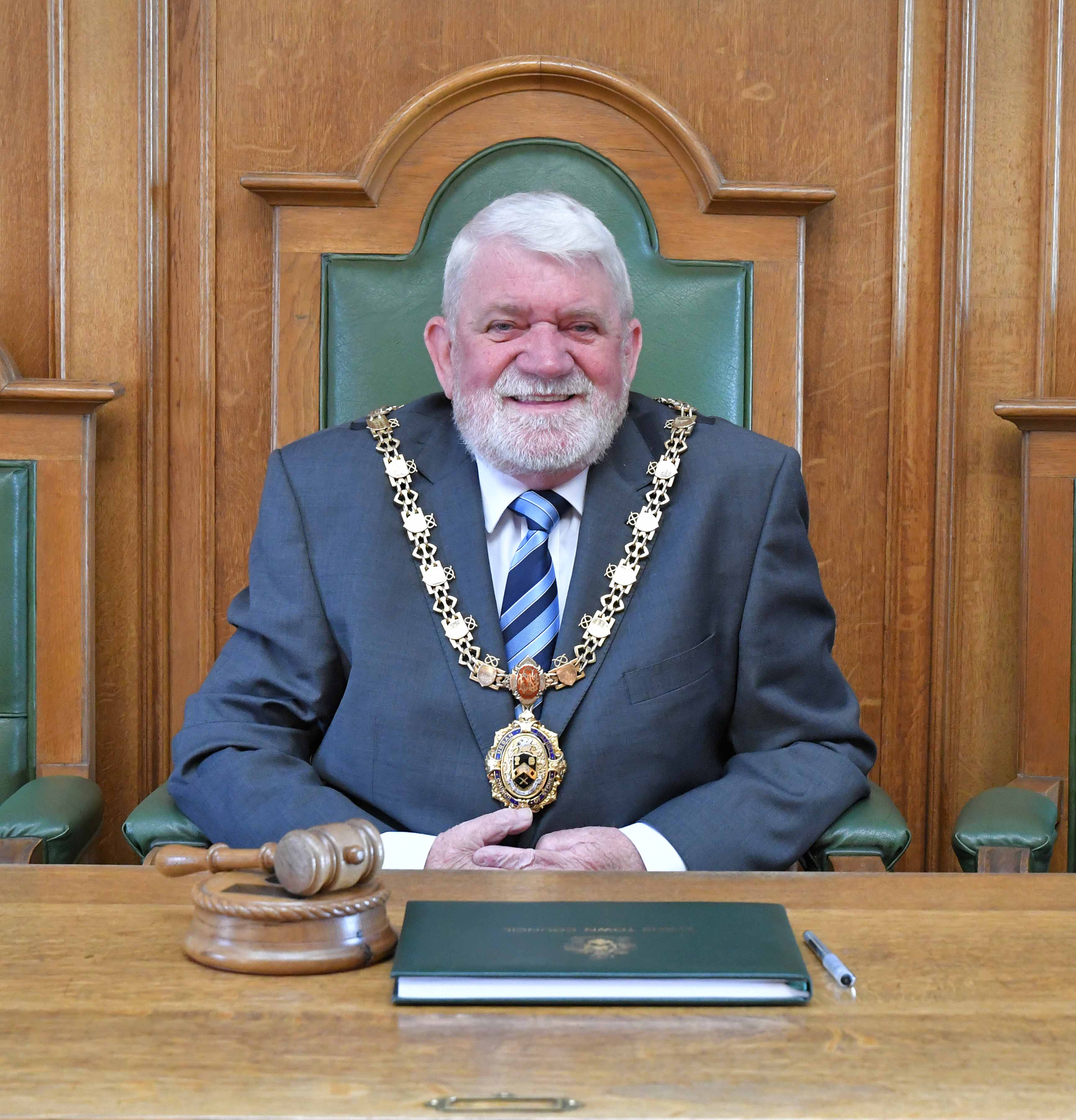 His chosen charity is the Crown Wharf Theatre Group